Buy my ebook, "A Concise Guide to the Tarot: In Vivid Color" for Amazon Kindle!

Also featured on the arms of Bianca Maria Visconti is the imperial eagle, which appears on the Empress and Emperor cards. 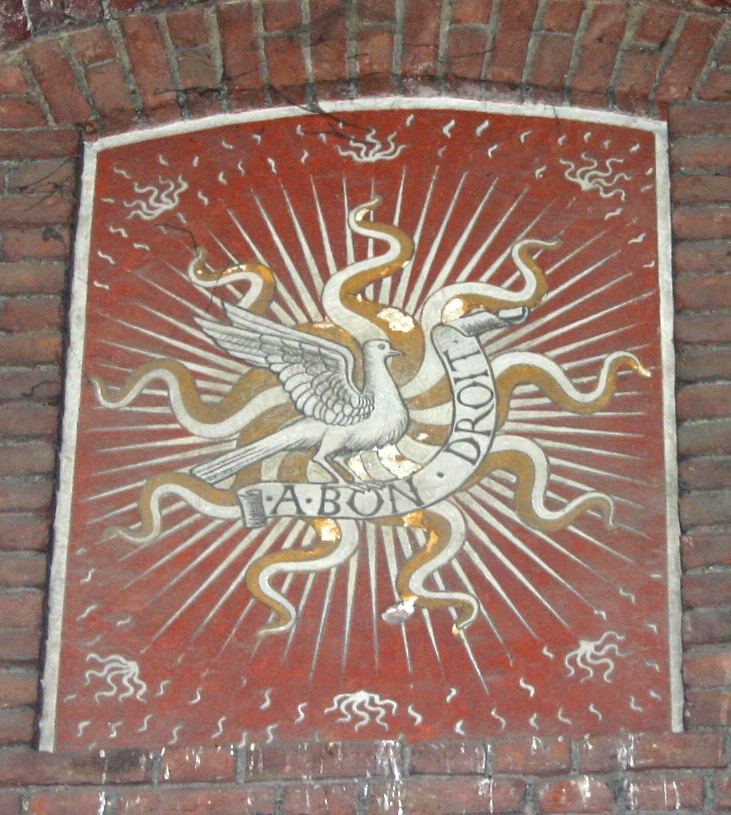 Another common motif is the personal arms of Gian Galeazzo Visconti, father of Filippo Maria Visconti: A radiant sun with a dove, and the motto a bon droit.

The queen of swords also features the word "halmente," or perhaps "li almente".

Another heraldic feature of the deck is the ducal crown, found on the Page and King of Cups.